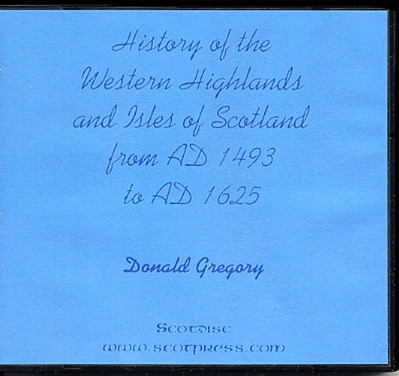 This enormous history deals with the northwestern portion of Scotland and with a period in the history of that region when it came under increased attention from the monarchy in Edinburgh. The author justifies this division along historical as well as topographical lines, and he concentrates his attention on a period of some 130 years after the Lords of the Isles were destroyed and before the efforts of the Stuart kings created a growing sense of loyalty to their family and to the royal cause.

This history deals with those many area families, their local feuds and conflicts, and the situation in the Highlands as it was in the early 17th century.

High quality scanned images of the whole of the original book. This CD has been bookmarked for easy navigation, and pages can be browsed, enlarged and printed out if required.