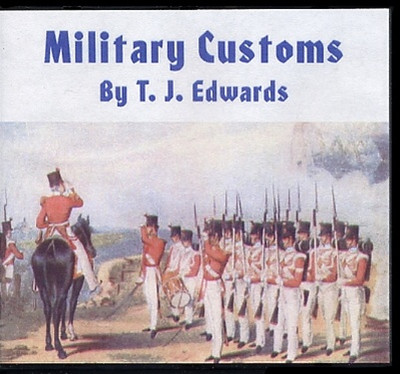 After centuries of military service, the British regiments developed customs and traditions which often were so interwoven into the life of the regiment that the origin and, indeed, meaning of the custom was long since forgotten. This is a study of those customs, including those associated with the mess hall, regimental colors, dress, awards, notable characters, and musical traditions.

The musical customs are described regiment by regiment, including special reveilles, tattoo, retreat, tunes that celebrated victories, music in battle, bagpipes in battle, singing under attack, and music particularly associated with the First and Second World Wars.

As a whole, the book explains much about how regiments operated at home and abroad over the past three centuries.