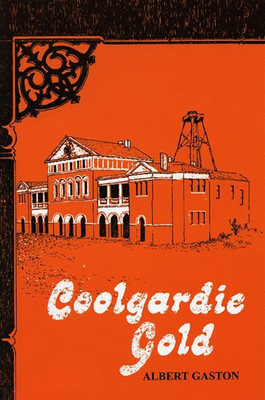 Facsimile. Albert Gaston, the author, was at York in 1892 when the report of the discovery of gold at Coolgardie filled thousands of young men with eagerness to try their luck on the new field. He walked from York to Coolgardie, arriving on the scene of the sensational find three weeks after it had been made known to the world. He tells of the primitive life he led specking and dryblowing at Coolgardie, the scarcity of water and food, the discomforts he suffered, the bitterness of his disappointments when hard work was fruitless, the thrills he had whenever he found gold, his experiences in rushes to new finds, his hazardous independent prospecting trips, his adventurous excursions into the Never-Never, and the aborigines, their habits and customs.

The story deals with the growth of Coolgardie, Kalgoorlie and Boulder City and goes on to tell of the many ephemeral mining centres with their life and bustle that sprang up like mushrooms throughout the vast extent of the Coolgardie Goldfields.

His narrative includes many famous events and remarkable characters who gathered from all quarters of the globe.

Gaston's hardships and risks, failures and successes were similar to those of all the pioneers whose endurance and courage led to discoveries that have built Western Australia. It is well that such men should have written of their experiences so that the generations that follow may know something of the sacrifices of those who made possible Western Australia's great gold-mining history.