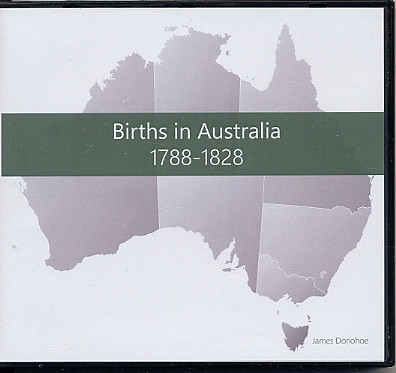 A few Maori and Aboriginal children are also included. But please note, the vast majority of entries relate to New South Wales (which at the time also included what is now known as Queensland).

Listed alphabetically by surname, each of the children are indexed by their father's surname, where known, or otherwise by their mother's surname, then by their given names. Their year of birth, father's given names and aliases, together with their mother's given and maiden names and aliases, where known, are also shown. Date or year of birth or baptism and the place of the event is indicated where-ever possible.

The file is saved as both a Word document and as PDF. Pages are able to be read, printed, and searched for using this. Suitable for both Windows and Macintosh operating systems.