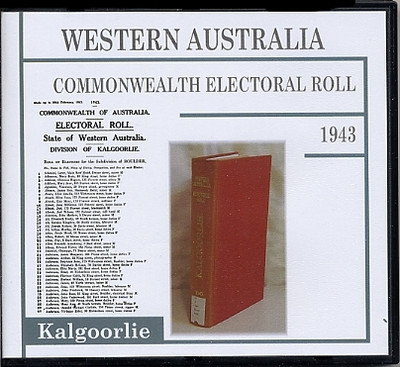 Electoral rolls are the nearest thing Australians have to census records, and hence they are extremely important and useful for local, family and social historians.

This roll for the Kalgoorlie Division of Western Australia in 1943 has 655 pages. Entries are arranged alphabetically within each subdivision. You will find the details of tens of thousands of voters who resided in Western Australia at this time, and who were entitled (and registered) to vote.

The following information is included for each elector: