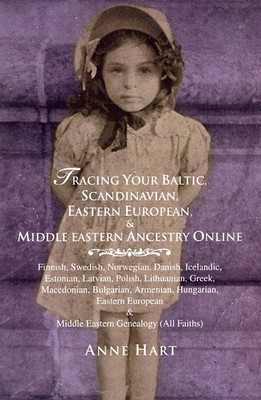 Here's how to search family history for nations bordering the Baltic Sea, the Balkans countries, Scandinavia, Eastern Europe, and the Middle East. The nations listed in this guide (all faiths) include Finland, Sweden, Norway, Denmark, Iceland, Estonia, Latvia, Lithuania, Poland, Armenia, Assyria, Greece, Lebanon, Syria, and many other lands in the Middle East, the BalkansCroatia, Macedonia, Bulgaria, Eastern EuropeHungary, and more.

Collecting details about people is moving toward smart card technology and its offspring. The new wave in genealogy is authentication technology. Authentication begins with new-wave technology used to gather population registers.

Compare the new technology to the old method of door-to-door census taking, tombstone tracings, and city directory publishing. No, genealogists are not using smart cards this year, but smart card technology is being used to compile population registers in Europe.

The future holds a new wave of technology used for authentication for banking transactions being applied to other areas. Currently this technology is used for collecting details for population registrars such as census taking.

The application for research is of interest to family historians, librarians, and governments. Its already in use by private industry for electronic authentication.

Family history is now about intelligent connections, whether its a population registrar, census detail, or electronic identity for banking. Smart card genealogy began in 1998 in Finland with governments seeking to put census and population registers in an electronic form that would be available to researchers, and these applications are going global.