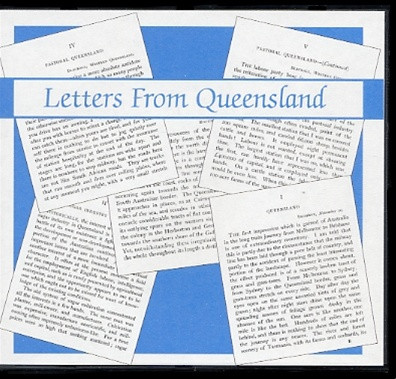 Published in 1893, this book collects together a series of letters written between December 1892 and February 1893 by Flora Louise Shaw, The Times Special Correspondent.

There are six letters:

ALSO AVAILABLE AS AN EBOOK:
Letters From Queensland