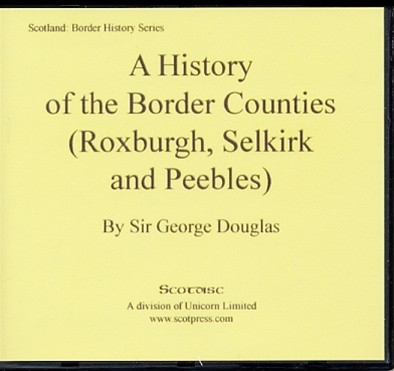 A History of the Border Counties (Roxburgh, Selkirk and Peebles)

This formidable history of the Border counties of Roxburgh, Selkirk, and Peebles provides extensive information not only on those counties in general, but also on the great families of the region in particular. There is copious material on such families as Scott, Douglas, Ker, Armstrong, and Elliot, and on their origins, Border feuds, development, and transition into the modern age.

Other topics include: William Wallace, the blood feud of the Scotts and Kers, the attempts by James V and James VI to curb Border violence, the union of the crowns of England and Scotland and its impact on the Border reivers, the Covenanters and their role in the religious history of the Lowlands and on the Jacobite supporters of the exiled James VII and II and his heirs.

There is an extensive bibliography containing information on a wide range of topics pertaining to the history of the area. Written in 1899 by Sir George Douglas, this remains the standard work on the history of the Border counties of Scotland.

This CD consists of scans of the originals which can be browsed, enlarged and printed if required. Please note: it is not searchable.