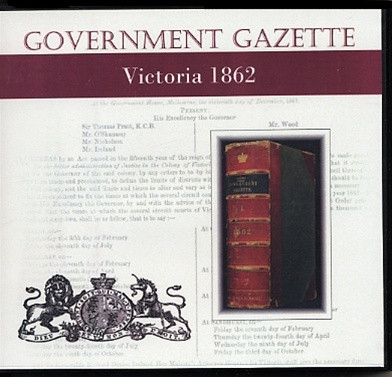 Government gazettes for a particular locality eventually become standardised with the type of material listed. In the 1860s you can expect the Victorian Government Gazettes to include the following information that will usually list names and sometimes name of emigrant vessel, addresses and/or occupations: