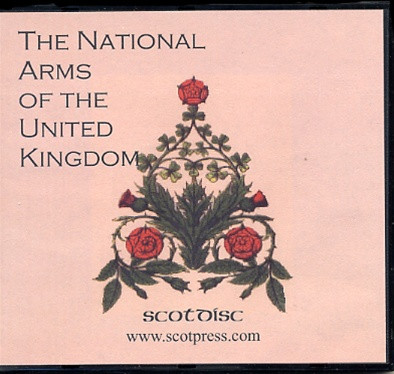 The National Arms of the United Kingdom

The full title of this work is "The National Arms of the United Kingdom: Containing An Account of the Charges on the Royal Shields of England, Scotland and Ireland".

Many of the best known symbols of crown and country date from medieval times and collectively constitute the visible signs of a state. This work examines the national arms -- the royal shields and arms -- of England, Scotland and Ireland as they developed and changed from 1066 down through the reign of Queen Victoria. Included as well are the badges, motto and crest of the monarchy, including the crest of Scotland. There is as well a chapter on the crown and its symbolism, the crowns worn by the various levels of nobility, the supporters placed on either side of the shield (unicorns for Scotland), the floral badges (the thistle for Scotland) and, most confusing for Americans, the flag. Wonderful color illustrations throughout.