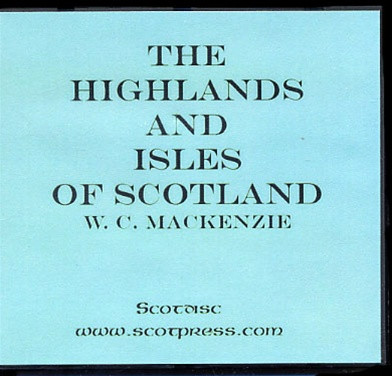 The Highlands and Isles of Scotland

'The Highlands and Isles of Scotland: A Historical Survey" was written by W.C. Mackenzie and this is a facsimile of the 1948 edition.

This history of the Highlands and Islands of western Scotland first appeared in the 1930s and was then reissued with few changes in the post-World War II era. Then and now, it is a remarkable examination of the history of the region, focusing on major events and decisive turning points in the changing world of this part of Scotland.

The book begins with a chapter on the Roman period, and then turns to the Picts and Scots after 400 and before the Norse appearance in the 8th century. "The Highlands in the Middle Ages" concentrates upon the development of the Celtic/Pictish Scotland and continues into the age of the medieval kings of Scotland, Robert the Bruce, the conflict between the increasingly isolated world of the west and the emerging national monarchy of Edinburgh. Mackenzie then proceeds on into the 19th and early 20th centuries. It is a history which will provide invaluable information for all interested in the Norse-Celtic world of the Highlands and Islands over a two thousand-year period. There is much family history included as well.