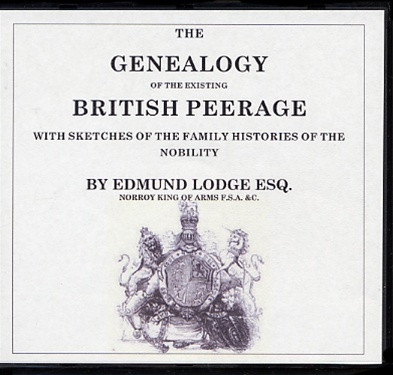 The Genealogy of the Existing British Peerage

The expansion of England into Great Britain had, by the mid-19th century, brought into being several distinct peerages. The English peerage continued into the 19th century, but there was also the Scottish peerage which predated the Union of 1707. By the terms of the Act of Union, the Scottish peerage was fixed as it was in 1707. The Irish peerage existed prior to 1800 and the Union of Ireland with England and Scotland. Then came the peerage of Great Britain, those peers created since 1800. The wealth of empire after 1800 produced a large upper class able to afford titles and establishments. This work surveys all of these peerages, detailing the earlier genealogical and historical affairs of the peers as they were in 1847. Of particular interest are the illustrations of the coats of arms of the contemporary holders of the peerages.