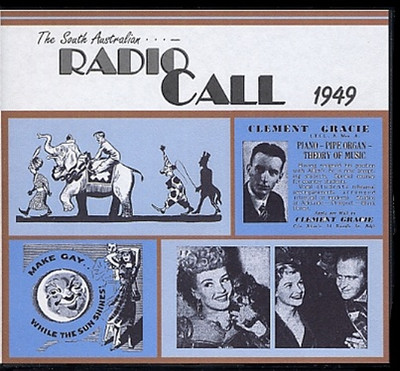 S.A. actress to play leading role in Stratford Co.
Melbourne .- Former Adelaide actress Sheila Helpman, just back from England ; will play Katherine in the Stratford-on-Avon Players' production of "The Taming of the Shrew" at the Princess Theatre here. She was chosen for the role after Anew McMaster, who leads the company , saw her in the play "Separate Rooms" in England. Sheila is the sister of noted ballet dancer and choreographer Robert Helpmann. This will be her first appearance in a Shakespearean play,

SAMPLE FILE:
Click here to download a file of sample pages from this book.  Right click on the link and select "save as" - to a location on your hard drive. The sampler can be opened, navigated and searched as with the full CD file/s.  Sample files usually contain the title page, contents, some introductory pages and sample pages from the body of the book. Often the complete index from the original book is included.