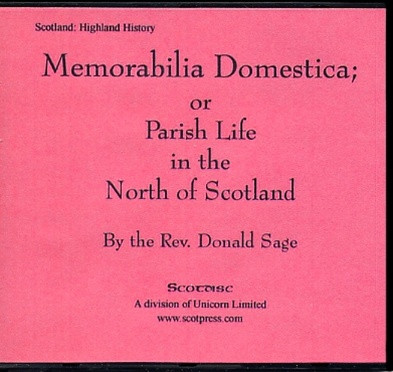 Memorabilia Domestica: or Parish Life in the North of Scotland

Originally published in 1840 and then reissued nearly a half-century later, this rare and elusive publication is concerned primarily with Highland history in the first half of the 19th century, and is of particular value to those interested in Ross-shire and Sutherlandshire and in prominent persons in that region.

The Sutherland Clearance of 1819 is of specific importance in this study, and the amount of local history detailed here is considerable indeed. The central theme of the memoirs, of course, is the life and times of a minister involved in Sutherland and in the various conflicts and religious controversies within both Presbyterianism and Episcopacy.