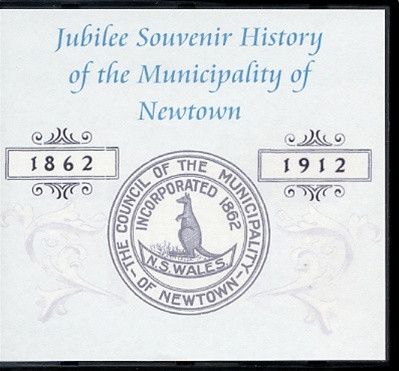 Jubilee Souvenir History of the Municipality of Newtown 1862-1912

Published in 1912 to coincide with the Jubilee of Newtown, this history is a wonderful record of the progress of the town from just a few settlers in 1862 to one of the most wealthy suburbs of Sydney in 1912.

Consisting of 200 pages, and numerous photographs of local identities, groups and public buildings, the book is divided into several sections: