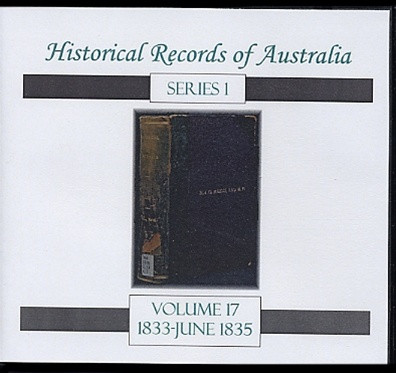 The official Historical Records of Australia were collected and published by the Library Committee of the Commonwealth Parliament in order to create a series of historically accurate publications on the history of Australia, beginning in 1788, the year the settlement at Port Jackson was founded.

The first series of the Historical Records, published from 1914-1925, contains despatches from the Governors, who were in charge of the Crown Colonies, to the authorities in England. These despatches included detailed reports on many subjects, of both major and minor importance. Some of the things to be found in this series: arrivals of ships, convict records, correspondence, promotions, petitions, rations, embarkation, appointments and much more.