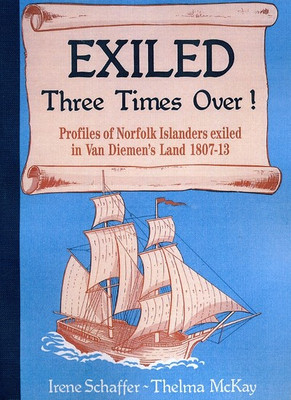 A reprint of the original which was written in 1992, this is the comprehensive story of the lives of men and women who found themselves exiled - unbelievably - for the third time in early nineteenth century Van Diemen's Land.

The exiles sailed first to Port Jackson, and then to Norfolk Island. From Norfolk Island they were ordered to sail again, eventually arriving in the fledgling colony of Van Diemen's Land. The 'Lady Nelson' and H.M.S. 'Porpoise' were two of the ships that carried the exiles, many of whom by now were free settlers, on their enforced journey.

The story of the exiles has been extensively researched and uncovers many fascinating and hitherto unpublished accounts of hardship and survival, written in a lively and readable manner.