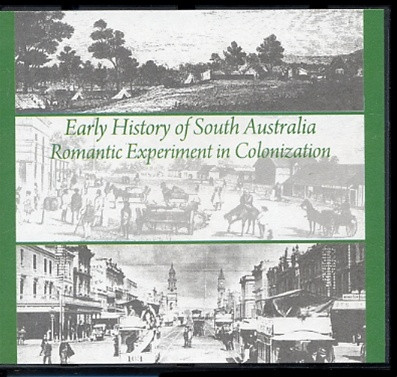 Early History of South Australia: A Romantic Experiment in Colonization

Written in 1907, Rev. John Blacket compiled this book in response to demand for a book devoted to the founding of South Australia. Using material preserved in the Public Library of South Australia  the South Australian "Register", the London "Times", letters, diaries and speeches buried in small and large tomes he has given us a history covering 1836-1857 revealing "the grit, the energy, the perseverance, and determination" of the early settlers.

In twenty-one chapters he reviews the experiences of the colony from its earliest days in 1836:

ALSO AVAILABLE AS AN EBOOK:
Early History of South Australia: A Romantic Experiment in Colonization