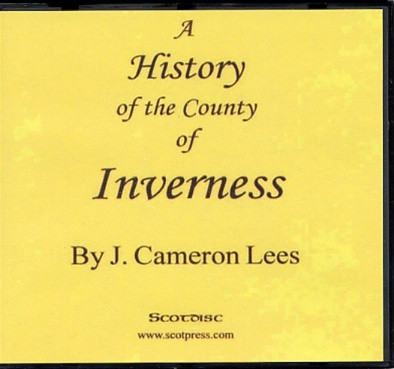 A History of the County of Inverness

Inverness is a county located in the northwest of Scotland, with both a substantial presence on the mainland and on the isles as well.

This history is concerned primarily with the mainland portion of the county. It begins with a study of the Pictish kingdom of which it was part, the Norse invasions, the coming of Celtic Christianity, and then the intrusion of the ideas, religion and political structure of the feudal kingdom of Scotland from the reign of Malcolm Canmore on. The majority of the work concentrates upon the evolving history of the county after the Norse withdrawal -- the Reformation, the civil wars of the 17th century, Cromwell in the north, 1688 and Viscount Dundee, the Jacobite movement in the region, the collapse of Highland culture after Culloden, the economic upheavals of the late 18th and early 19th centuries, distinguished men of Inverness-shire over the centuries, the literature of the region, including bards and others writing of the old culture and its ideas and customs.

This, then, is an extended survey of the history of this Highland region over almost 2,000 years, with considerable information on the place of Inverness and its families within the larger context of Scottish history.