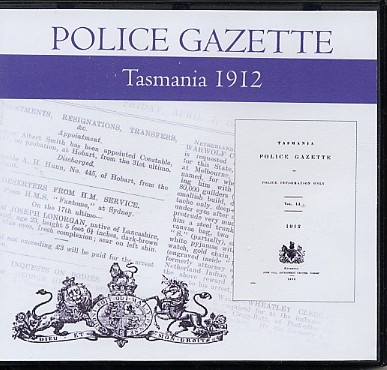 Police gazettes provided information and instructions to members of the police force. You can expect the Tasmanian Police Gazettes (in the earliest years called 'Reports of Crime') to include the following information that will usually list names and sometimes personal details, descriptions with photograph, addresses and/or occupations may be an added bonus for the researcher:

INQUEST ON BODIES
Gormansto - ST CLAIR STONE, age 23 years, miner. An inquest was held on the body of the above-named person on the 23rd ultimo before E.W. Turner, Esq., Coroner. Verdict: "Accidenatlly killed on the 22nd ultimo by a fall of earth at the Mt. Lyell Mine".