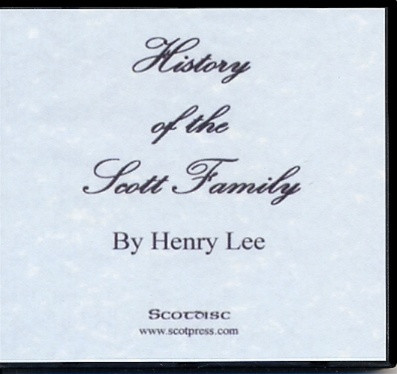 History of the Scott Family

Written by Henry Lee, and originally published 1919, the book begins with a look at the origin of the name of Scott and its early history, this study proceeds rapidly through the Scottish side, then moves on to the early American history of the family and its subsequent development. There are chapters on the various branches of the family, Scotts in the Revolutionary War and the Civil War, notable Scotts of the British Empire, armorial bearings and ancestral seats, lines of descent in Scotland and England, and heads of the family.