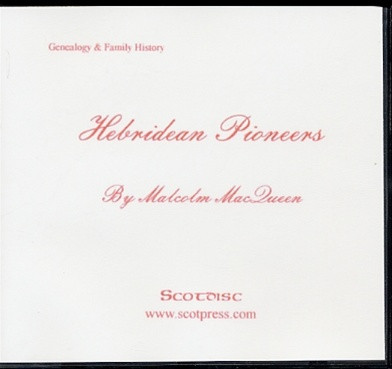 Written by Malcolm MacQueen, this small book is a companion to MacQueen's Skye Pioneers and the Island, and concentrates almost exclusively upon those descended from Skye or Hebridean emigrants who came to Prince Edward Island in Canada in the 19th century.

It is a detailed genealogical account of these families and their descendants, but it also is a history of Prince Edward Island itself and of the role these families played in its religious, political, and social life. There are extended genealogies of Hayden/Hadin, Jetson, Enman, Martin, Munro, Nicholson, MacQueen, Robertson, Ferguson, Tweedy, Irving, and others.