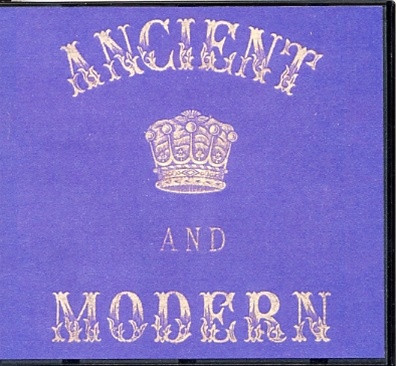 Ancient and Modern: The Earl of Mar versus the Earl of Kellie

The earldom of Mar was among the most ancient in Scotland, but by the late 14th century the direct line died out, and upon the death of Isobel, Countess of Mar, in 1419, the title and estates passed into the Erskine family, where the inheritance was bitterly contested for decades. Finally settled in the Erskine line in 1565, it remained there until forfeited in 1715. Only in 1824 was this attainder reversed, but the dispute over the title and lands of Mar was further intensified in 1866, when the then Earl of Mar died without direct male heirs, and the debate was once again opened, concluding in a protracted lawsuit in the House of Lords. This study includes much genealogical and historical information about the earldom, the Erskine family, and its related branches.

Originally published 1875, this CD consists of scans of the original book, which can be browsed, enlarged and printed if required. Please note: it is not searchable.