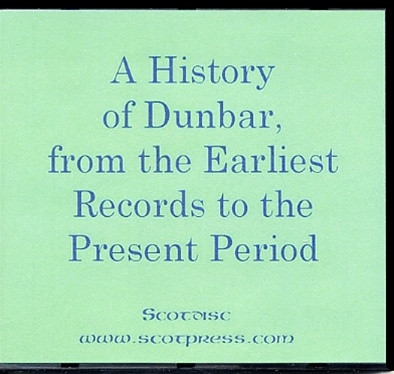 A History of Dunbar, from the Earliest Records to the Present Period

In 1880, the historians of the 19th century took upon themselves the writing of detailed and extremely useful histories of towns, castles, counties, and parishes, and this history of the town and castle of Dunbar is an excellent example of such a massive work.

Dunbar was a feudal castle of ancient origins, regulating the passage into the very heart of early medieval Scotland. The town and in fact, the family which long held sway in the region, alike took their name and importance from the castle. This study begins with an extended account of the military annals -- the attacks by King Edward of England, the activities of William Wallace and Robert Bruce down through the turbulent late middle ages -- then continues with the Reformation, the civil wars of the 17th century, and up to the Victorian age. This section is followed by one on religious development, and then there are chapters on civil and domestic history. This meaty work is of major importance to the Dunbar family, as well as to those whose origins were in the town and region. There is as well much material on the all-important Battle of Dunbar in 1650.