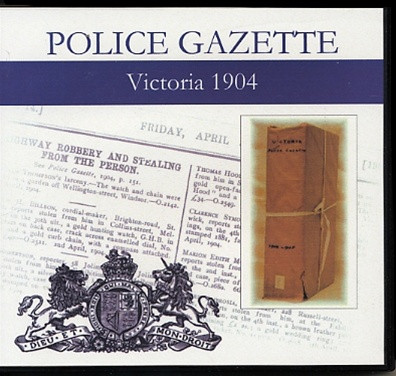 The Police Gazettes contain details on more than just members of the Police Force, or criminals, you will also find: