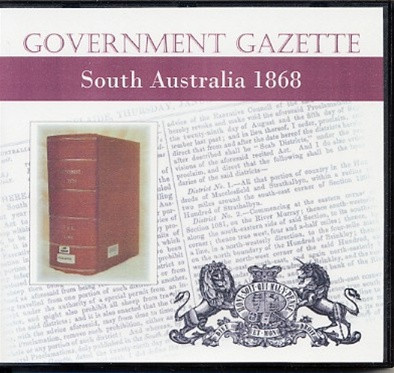 Search for any number of names or places easily. Reconstruct events and circumstances in the lives of individuals and communities.

Some features of this years issues:

In nearly 1700 pages, this is a vast resource of historical information relating the people and places throughout South Australia during 1868, which is now readily available and easily searchable for the first time.