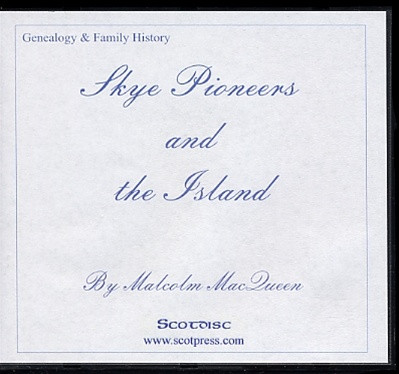 Skye Pioneers and the Island

This is a reprint of Malcolm MacQueen's classic study of the Highland settlers of Prince Edward Island (in Canada) and their descendants. There is much genealogical information listed (from both Canada and Scotland), including births, deaths, marriages, and land holdings, as well as an excellent overall history of the area. The families with more extensive genealogies include Munro, Mackinnon, MacLeod, MacDonald, MacQueen, Martin, Nicholson, and Ross.

There are extended lists as well of settlers, ministers, and of other prominent citizens throughout the history of the region.