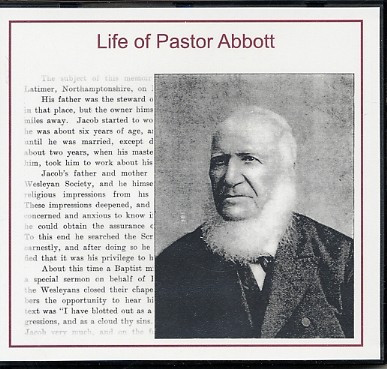 This memoir by a long time friend, David Nock, outlines his life, especially as a minister of the gospel, initially with the Methodists, and later with the Christian Churches. For a time he also taught a private school and continued there when it was taken over by the State.

During his long life he traveled widely as a preacher, having association with many communities around Adelaide, the Adelaide Hills, and various towns north and south of Adelaide.

He was also associated with many other religious and philanthropic institutions, such as the Young Men's Christian Association, the Benevolent and Strangers' Friend Society, and especially with the Industrial School for the Blind, later the Royal Institution for the Blind