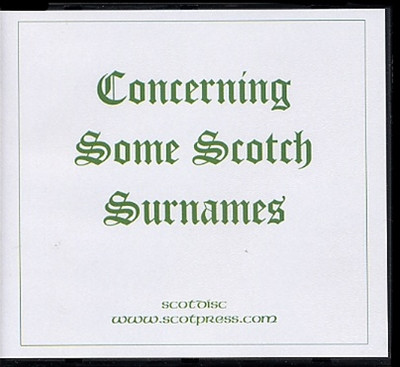 First released in 1860, this was an attempt to define the meaning, origin, and tradition of Scottish surnames has long been a popular pursuit.

During the 19th century, romantic writers tended to define surnames by reference to family tradition or to the phonetic meaning of parts or all of a name. Innes, however, held to a territorial origin of many Scottish names, rather than heraldic or traditional legendary definitions. He also was interested in the application of occupational surnames. This work summarizes his efforts to clarify the meaning of Scottish surnames.