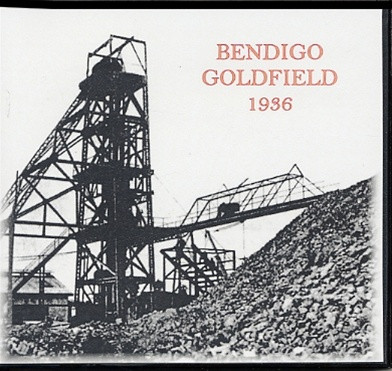 Bendigo is one of the richest and certainly the most permanent of the Victorian goldfields. As at 1936, it was the only state with an unbroken production record extending back to the middle of the 1800s. During that period the yield from the Bendigo field amounted to 1/4 of the total production of the state, and approximately 1/10 of the total yield from the whole of Australia.

This small book published by the Mines Department in 1936, is not intended as a detailed publication on such an extensive and rich auriferous area, but as an account of its more salient features, a summarised record of it's past productivity, and a broad review of present operations for future prospects.