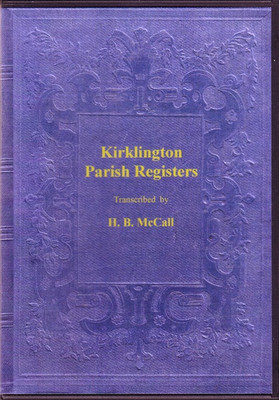 Originally published 1916, this CD contains a facsimile of the Registers of the chapelry of East Rounton in the parish of Rudby, which was transcribed and edited by the Rev. William Thomas Robson, M.A., Rector of West Rounton. Containing the Baptisms, Marriages and Burials for the period 1595-1837.

Also the Weston Parish Registers, which have been transcribed and edited by James Singleton. Contains Baptisms, Marriages and Burials covering the period 1639-1812.