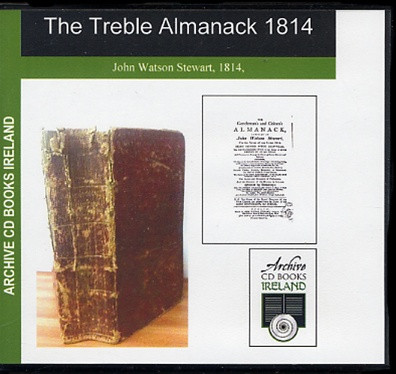 John Watson Stewart's, The Gentleman's and Citizen's Almamack for the Year 1814, to give its full title the Treble Almanacs, are actually three books in one:

The publication was continued each year until the early nineteenth century.