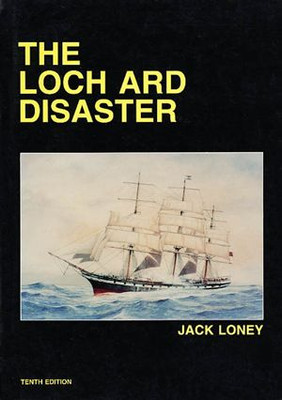 On one coly June morning more than 100 years ago, the iron clipper 'Loch Ard' met her doom on Mutton Bird Island near Port Campbell. She left an Irish girl and a young ship's apprentice as the only survivors; a shipwreck which gave its name to the Loch Ard Gorge, today, a focal point for tourists and divers on the rugged Victorian west coast.

After lying undisturbed for more than eighty years, the remain of the vessel were re-discovered, but unfortunately, the development of the aqualung made the wreck accessible to many people. Some of these were no more than underwater vandals, and their use of explosives to retrieve artefacts caused irreparable damage to the ships and its contents.

For maritime enthusiasts, and lovers of nostalgia, the 'Loch Ard' remains the ultimate, with a continuous flood of letters and questions concerning the ship and its passengers further heightening the mystique surrounding the wreck. In this tenth edition, the text, except for updating supplements, and minor corrections, remain unaltered, but the inclusion of more illustrations greatly enhances the story.