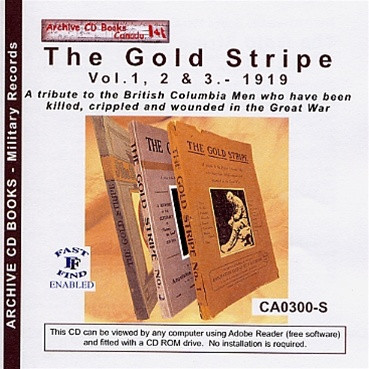 "A tribute to British Columbia Men who have been killed, crippled and wounded in the Great War."

This private publication was the brainchild of John Francis Bursill, the father of one of the war's victims. The first volume appears to have been John's way of dealing with the loss of his son. However, rather than concentrating on his loss he aimed his work at supporting those who survived and were engaged in the business of readjusting to a, now strange, civilian role. Amongst these the ones with the greatest adjustment to make were those who were injured, and must relearn their childhood lessons of mobility and dexterity. In a word, the amputees. And so this work is ostensibly dedicated to the members of the "Amputation Club of British Columbia." I say ostensibly because in reading the articles it quickly becomes clear that many of the contributors were using their contributions as an excuse for recording the harsh realities of the previous years, perhaps in the hope that it would bring them to a catharsis.

Possibly most important of all the contributions are the memorials placed by companies, organizations, communities, and even individuals, recording their Honor Rolls. There are dozens of such memorials spread through the pages of the three volumes ranging in form from a simple printed list to photographic records of standing civic memorials.

Right click on the link and select "save as" - to a location on your hard drive. The sampler can be opened, navigated and searched as with the full CD file/s.

Sample files usually contain the title page, contents, some introductory pages and sample pages from the body of the book. Often the complete index from the original book is included.