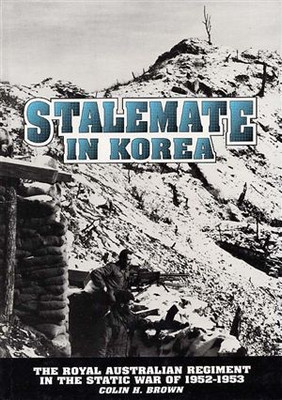 Stalemate in Korea: The Royal Australian Regiment in the Static War of 1952-1953

'This book is different. It describes the problems of living in a harsh climate in full view of the enemy. Night patrolling was developed to an art seldom seen in any modern Army. Patrols at night, through minefields and behind enemy lines are complicated military manoeuvres and their success in Korea is evidence of the high standard of training achieved by battalions of the Royal Australian Regiment.'

'Colin Brown provides a vivid account to the closing stages of the Korean War. This account should be compulsory reading for all military personnel because the lessons learned of Korea are still applicable now as they were forty years ago' - Major-General Alan Stretton, AO, CBE