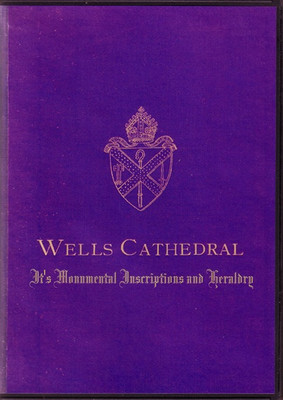 Wirrten by Arthur J. Jewers and published in 1892, this title "Wells Cathedral: It's Monumental Inscriptions and Heraldry, Together with the heraldry of the Palace, Deanery, and Vicar's Close" also contains annotations from wills, registers, etc. and illustrations of Arms. Also included are monumental inscriptions from the Palm Churchyard and the New Churchyard.