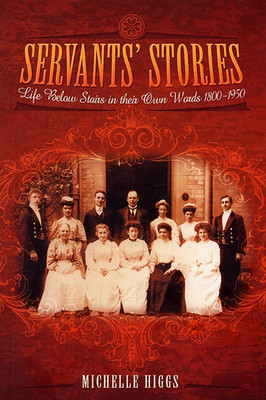 Step into the world of domestic service and discover what life was really like for those unsung heroines (and heroes) of society. Between 1800 and 1950, the role of servants changed dramatically but they remained the people without whom the upper and middle class could not function.

Through oral histories, diaries, newspaper reports and never before seen testimonies, domestic servants tell their stories, warts and all!

Some examples are:
- the revenge on a mistress with a box of beetles
- the despair and loneliness of 14 year old maid
- the adventure of moving to London to go into service
- and the way it was an escape from an unhappy home life

Find out about the 'servant problem' and how servants found work; how National Insurance began to improve their lot; the impact WW1 had on domestic service; and what was done to try to make the occupation appealing to a new generation.