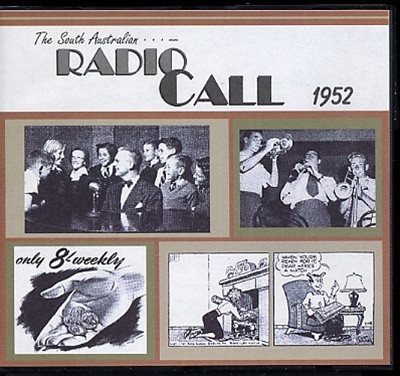 She wanted to sing with a dance band
A woman, whose ambition was to be a singer with a big-name dance band has ended, much to her own surprise, as a radio announcer. She is Doreen Govett, of 5KA. In 1935, at the age of 12, Doreen began her musical career armed with a natural singing voice and a saxophone in her sister's dance band. She had never dreamed of being a radio announcer. As she said today, ..

SAMPLE FILE:
Click here to download a file of sample pages from this book.  Right click on the link and select "save as" - to a location on your hard drive. The sampler can be opened, navigated and searched as with the full CD file/s.  Sample files usually contain the title page, contents, some introductory pages and sample pages from the body of the book. Often the complete index from the original book is included.