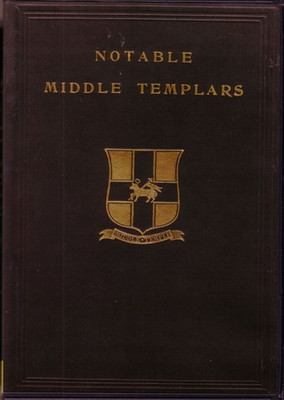 The Middle Temple is one of the Inns of Court in London. This alphabetically listed catalogue of notable Middle Templars covers the period 1501-1901, with very interesting biographical notes.

The book includes not only those of distinction in Law - Judges, Advocates, Jurists etc., but also those who after admission to the Inn abandoned the Law for other pursuits - Philosophers, Moralists, Orators, Historians, Poets, Musicians, Journalists etc.

It also features many from the British North American Colonies who took a leading role in framing the Federal and State Constitutions. Almost 1,000 names are featured. Compiled by John Hutchinson and published 1902.