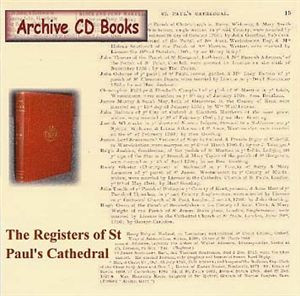 Transcripts of the original registers of one of the most famous churches in the world. Although, as one would expect, there are some very well heeled people marrying, or being buried here, virtually every marriage was by licence and many were ordinary people from all over the country.

The burials show people with occupations such as plasterer, bricklayer, printer and labourer were interred in the here, as well as a chap named Lord Horatia (sic) Nelson on January 9th 1806.

Complete with an excellent index.