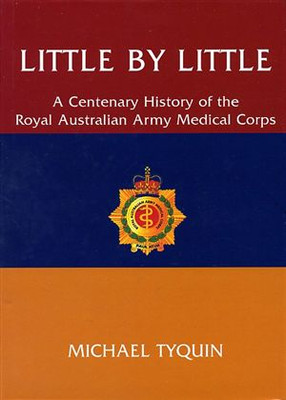 Little by Little: A Centenary History of the Royal Australian Army Medical Corps

This history covers the development of Australia's army medical services from the Boer War through to Timor as well as various peace-keeping deployments. The Australian Army Medical Corps came into existence after federation, as part of the new Australian Army, and served in every conflict from World War One until today.

As well as operational roles, medical personnel also joined their fellow soldiers in captivity and were often the only medical service available to ailing POWs. The constant changes in the Corps structure and its deployments are covered in this comprehensive history of the Royal Australian Army Medical Corps.