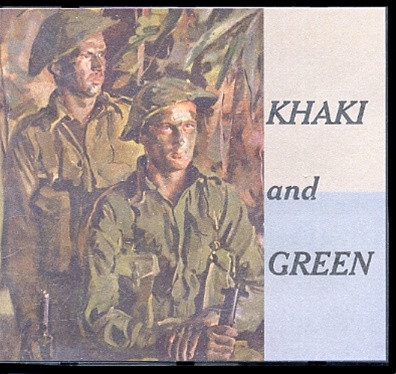 Khaki and Green was entirely written by serving members of the Australian Army  acknowledged only by their service number. Apart from more general stories, this book includes "reports of the two major campaigns fought by Australian troops in the span of time covered by "Khaki and Green"- the battle for Papua and the closing stages of the fighting at El Alamein".

An epilogue may be written in the words spoken by General Sir Harold Alexander, C.-in-C. Middle East, when on the 22nd of December he reviewed a divisional parade at Gaza in Palestine: "The battle of El Alamein will make history and you are in the proud position of having taken a major part in that great victory".

As with other books in the series there is an excellent selection of colour and black and white photographs and sketches highlighting people and places. It is a valuable resource and a great read for all interested in naval history.