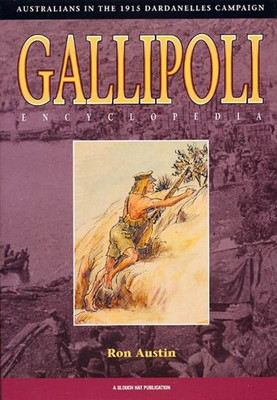 Gallipoli has for over 90 years been a symbol of Australia's emergence to nationhood. The audacious gallantry of young Australians storming across the beach at Anzac Cove and then climbing up the forbidding cliffs and ridges is a tale that bears retelling time and time again.

In this encyclopedia on the ill-fated Gallipoli campaign of 1915, the main focus is on Australians, both famous and unknown. The book contains over 1000 entries, including many hundreds of personal entries covering the personalities of the campaign, be they British, French, Turkish, German, New Zealand or Australian.

The origins of the campaign, and the main battles and action are also described, as are the many geographical features and war cemeteries.

Profusely illustrated with photos and maps, and with all the entries cross-referenced to aid the reader, the 'Gallipoli Encyclopedia' is an essential reference for readers seeking a greater understanding of the role the AIF played at the Dardanelles and why Gallipoli has had such a lasting impact on subsequent generations.