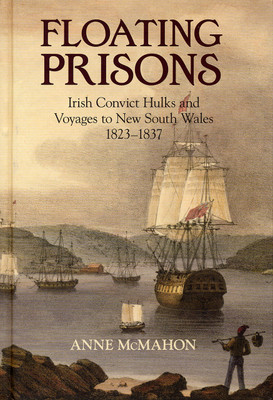 Ireland was so troubled in the 1820s and 30s that goals were overflowing. Marauding bands of Whiteboys, Ribbonmen and Rockites attacked the property of prosperous farmers and the Protestant establishment - which used harsh laws to control the Catholic labouring class.

Undernourished and clad in rags, thousands of male prisoners were confined to hulks moored in the harbours of Dublin and Cork, waiting for ships to Australia. They were grim places of violence, abuse and boredom.

Looking deeply into Ireland's penal administration, divided society, and the convict voyages, Anne McMahon draws conclusions that will change many assumptions about Australia, Ireland and the British Empire.

The loss for Ireland was a boon to the Australian colonies flooded with involuntary Irish settlers: 61 shiploads from the hulks alone. Today their descendants form a substantial part of the Australian population.