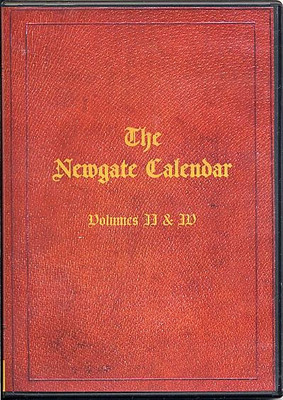 Compiled by Andrew Knapp and William Baldwin, Volumes II and IV were published in 1809 and 1810 respectively, and contains "Interesting Memoirs of Notorious Characters who have been Convicted of Outrages on the Laws of England." Fascinating stories of criminals and their executions during the 18th and early 19th centuries.

This is a digital version of the original book, in PDF format, it is also fully searchable. Viewable on any computer using Adobe Acrobat Reader.