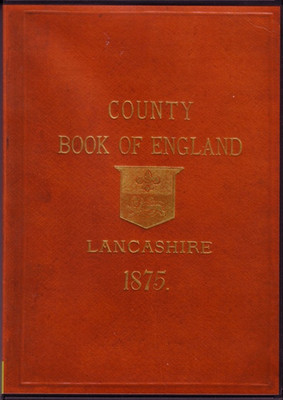 "County Book of England and Official List: Lancashire 1875", this handbook of Lancashire in 1875 lists every official person in the county - nobility, politicians, clergy, lieutenants, sheriffs, magistrates and coroners.

In addition, there is a large section with entries for each town in the county (including Liverpool and Manchester), giving details of population figures, churches and vicars, local officials, railway stations, hospitals, schools, military, newspapers, banks, hotels, clubs and institutes, and points of interest etc.

Hundreds of names are featured, making this a very useful resource for family historians with Lancashire ancestors.