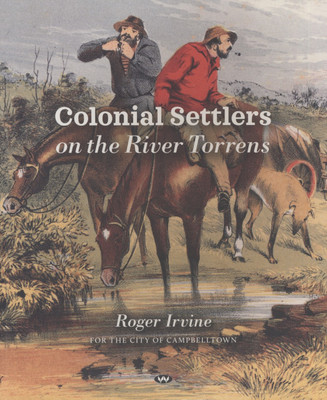 Colonial Settlers on the River Torrens

The Kaurna people lived peacefully and productively along the Rivert Torrens, or Karrawirra Parri, for millennia. This book describes their way of life, their displacement and the harsh treatment of the indigenous Kaurna people by the first generation of European settlers.

It tells the stories of the first generation of Europeans to take up properties on the upper reaches of the River Torrens in the north-east area of Adelaide, after the colony of South Australia began in 1836. They were the first to intensively cultivate the land in the present-day suburbs of Campbelltown, Paradise and Athelstone. Roger Irvine details the lives of these settler families, including notables such as Charles Campbell who gave his name to 'Campbell Town', Joseph Ind whose property 'Little Paradise' provided a name for another suburb and A.J. Murray who chose 'Athelstone' as the name of his farm, for reasons now difficult to trace.

The inhabitants of the upper Torrens have witnessed many changes, including both setbacks and successes. 'Colonial Settlers om the River Torrens' reflects on an area that has had many incarcerations, and the river that continues to flow through it.