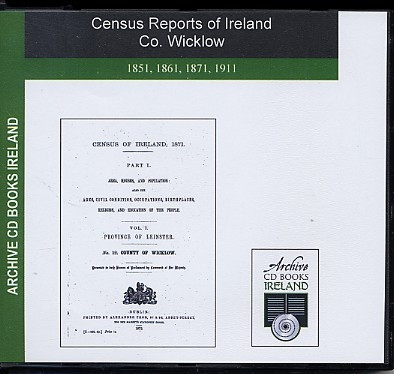 But the statistical results from all these census returns were compiled into tables and printed for circulation among civil servants and politicians. From 1851 to 1911 these statistical tables and accompanying analysis were printed in a volume for each county for each year. It is these county reports that are reproduced here on CD-ROM.

This collection of official census reports for County Wicklow includes the following years: 1851, 1861, 1871 and 1911. Together these reports come to 266 pages.