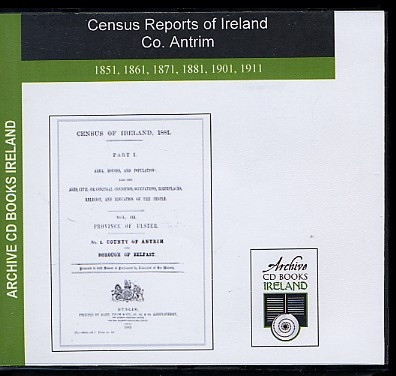 Initially these tables recorded the numbers, ages and gender of the population by townland, civil parish and barony. These figures are important as hey describe the changing circumstances of each district in Ireland and provide contextual information for family and social history. The reports usually list the change in population over the previous 10 years, so at a glance you can see the impact of the Famine in the 1851 reports. From 1871 the information gathered increased dramatically, and tables of statistics concerning "conjugal condition" (i.e. marital status), occupation, location of birth, disability, religious profession, education, emigration and foreigners appear.

The reports are far more than dry statistical tables. With this information the experience and composition of a townland can be tracked over the decades. Families and individuals were part of a wider townland community, and knowing that history can help researchers assess the social environment of a family. This provides essential background and context for any family history.
This collection of official census reports for County Antrim includes the following years: 1851, 1861, 1871, 1881, 1901 and 1911. Belfast is included in all the reports, but has its own specific report for 1911, which also appears on this disk. Together these reports come to 805 pages.