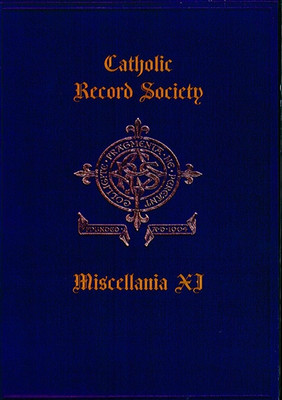 Originally published in 1917, Miscellanea XI is one of a series of books containing a variety of records from various counties. It includes:
- Obituary Notices of the English Benedictine Nuns of Ghent in Flanders, and at Preston 1627-1811.

A digital version of the original book, in PDF format and is machine searchable. Viewable on any computer using Adobe Acrobat Reader.